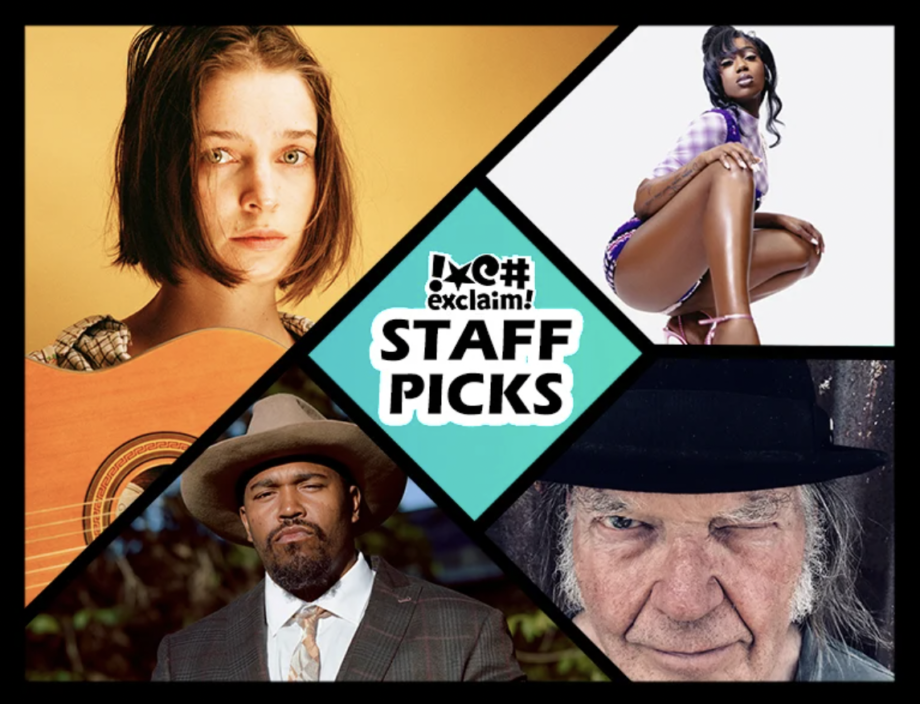 Everything is better now that Theo Vandenhoff has been chosen as an Exclaim! staff pick... or to put it more eloquently 'Alles Ist Besser'.

"If saxophone solos keep popping up in '80s-inspired synthpop, we'll be better for it. "Alles Is Besser" swallows you in Theo Vandenhoff's embellished contradictions, with the lead synth hook shining over the track's darker elements. His striking baritenor vocals surprise, yet make perfect sense within his ode to the history of the European underground. As Vandenhoff toys with singing in German on the choruses, he reminds you not to bottle up your feelings — even if it makes for some great dance floor catharsis."

Check out all the Exclaim! staff picks here. 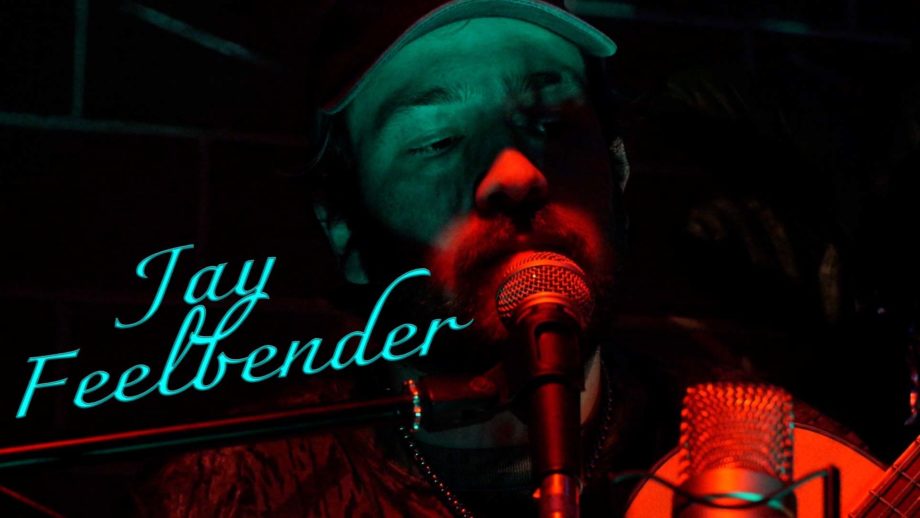 Jay Feelbender's Headed To A Party Down The Street - And You're Invited!

Watch above or visit our YouTube channel to enjoy 'Party Down The Street' in this multi-camera live session extravaganza.

Who is the real Jay Feelbender?

Jay is an amalgamation of many influences. Growing up in the Toronto folk-country scene as the child of a musician, with Shirley temples at the bar and naps behind the drum kit, he entered high school and formed the alt-rock band Goodbye Honolulu. Goodbye Honolulu have performed for thousands opening for Spanish rock band Hinds on multiple U.S tours and performing across North America.

In his solo material, Jay pushes his alt-pop vision with lushly produced tracks that go bang. Jay expresses the through-line of music influencing an artist’s young life; from the fun to the fragile, the introspective to the explosive.

With Party Down The Street, we have a chilled out acoustic version of what is undoubtedly a hook laden pop-song. We love Jay's voice - deep and warm like a hug from a best friend.

We hope you enjoy!

Oh, plus Jay Feelbender's new single will be released worldwide on July 29th so watch this space.

We've got the inside scoop ~ Toronto-based ambient producer, Blue Light, released a stirring EP in May entitled DARK DARK NIGHT. It's three tracks that will keep you grounded and awash with bliss.

That's right; here at Safe Sounds we're committed to promoting different genres of music, so in addition to your "wham bam thank you mam" kinda stuff from heavy hitters Theo Vandenhoff and Idious Carrie, our aim is to provide a platform for other sounds that we care about. Toronto is such an excellent place for experimental music, both as a musician and within a scene of gracious listeners.

Back in another world, in another time, on February 6th 2020, Blue Light visited the Safe Sounds bank vault. Two of the three tracks have previously been released, but today we're sharing an unheard version of 'Out of This Dark Dark Night' for the very first time!

Ambient music is a term first coined by Brian Eno; one and only; the forever saviour of feeling in music. Who else would have the audacity to create an entire genre of music? For those who aren't familiar, ambient music plays with conscious vs subconscious listening. Put simply, we're very much used to conscious listening, but the subconscious side offers the ability for you to focus on other things and simply let the music wash into your psyche. Why listen to your music, when you can breathe it?

If you've attended any of the Bill Cutbill AMAZONAS shows, you might have experienced this very thing there. After all, how much jungle soundscape can you consciously think about, and how long does it take to start to wash over you like never ending waves hitting a pebble beach?

Support Blue Light now on bandcamp. DARK DARK NIGHT was produced and mixed by Alessandro Carlevaris (who you should know as the shaggy haired axe wielding protagonist of Toronto psych rockers, Hot Garbage). It was mixed by Toronto pioneer Ian McPhedran.

All proceeds up to $200 will be going to The Fund for Native Children and Families through Canada Helps.

If you have enjoyed these sessions, you should head over to our YouTube channel where you'll find all sort of different golden nuggets. 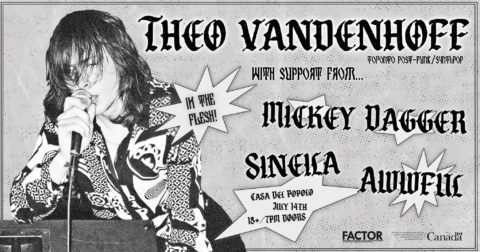 Ahead of his debut Montreal performance tonight (July 14th) at Casa Del Popolo, Theo Vandenhoff has been speaking with the wonderful people over at The Go-Go Radio Magic Show.

The Q&A is featured on their website now, with Theo discussing all matter of things such as his influences, favourite Toronto spots, recording vs. performing and more.

Head over to The Go-Go Radio Magic Show website now to read the full article and don't forget to tune into CJLO 1960am today for their awesome weekly show ⁠— every Friday from 6pm-8pm. You'll get a hit of Theo's music right before the doors open at Casa Del Popolo. 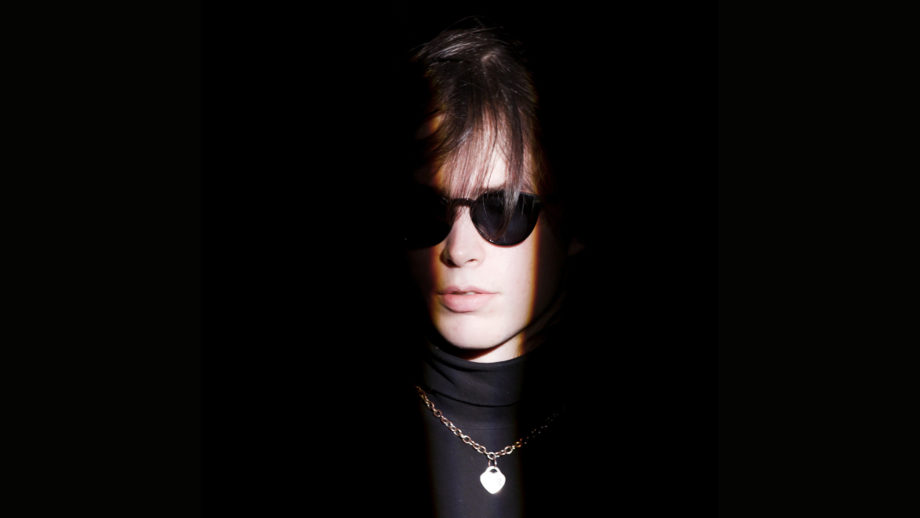 Theo Vandenhoff's smashing new music video for Alles Ist Besser is premiering now over at Psychedelic Baby Magazine. It was directed by Nick Tiringer who is also behind the artwork for the single. Check it out now!

Come celebrate the release with us June 30th (this Thursday) at the legendary Horseshoe Tavern, Toronto. Tickets can be purchased here. 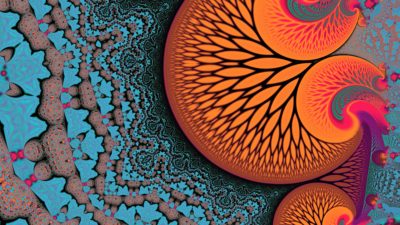